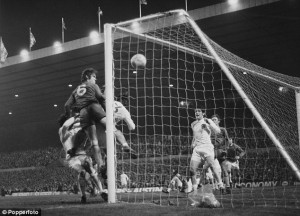 I was aware of the 1966 world cup because it was in England but paid litlle attention to the games. The opening game was very boring but 1970 was different, we were collecting coins of the players when you got petrol. I had been going to occasional Arsenal games for a few years, however it was the Leeds  Chelsea cup final that go me and many others really excited about soccer. Then we went home for the summer holidays and if you had been in any doubt the world cup and Brazil convinced everybody to have a team and many collected the stickers of players.